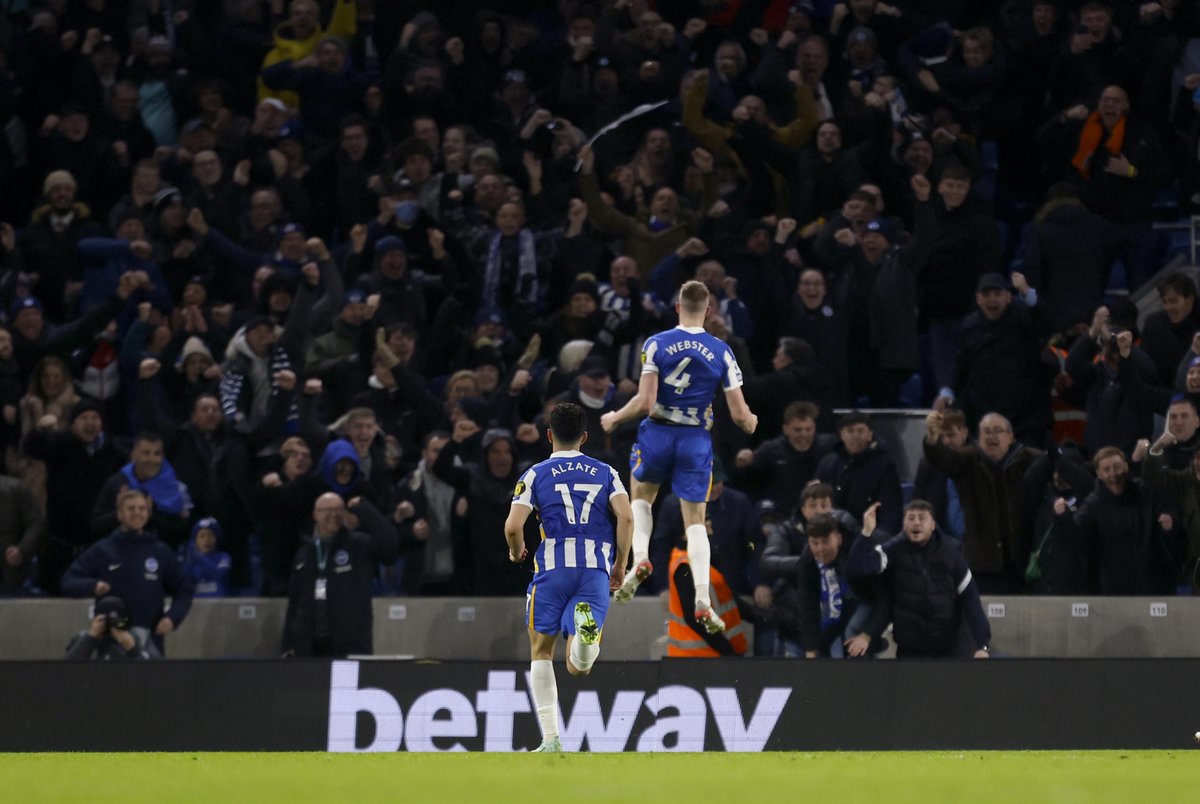 Chelsea were favouritesahead of the game with the Seagulls at the Amex Stadium, but it was the hosts who were the better team in the first half despite the fact had the larger share of possession. Brighton were unlucky to go into the half-time break with a deficit after Moroccan international Hakim Ziyech scored with three first half minutes left to play off the assist from Frenchman N’GoloKante. Ziyechwas able to play for the Blues after he was not selected as part of the 28-man Morocco squad at the African Cup of Nations (AFCON) tournament in Cameroon due to his clash with the coaching crew.

The Seagulls continued from where they left off in the first half and they were rewarded on the hour mark when England defender Adam Webster powered time the equaliser unmarked off a corner kick from Argentine midfielder Alexis Mac Allister. The England centre back wore the armband in the absence of skipper Lewis Dunk due to injury and provided the equaliser that extended the Seagulls’ unbeaten run to five games in the league. England defender Webster has now scored against Manchester City, Tottenham Hotspur, Arsenal and Chelsea in his career on the Premier League scene after his goal against the West London giants on Tuesday night.

Brighton have not beaten Chelsea in the Premier League till date, but they managed to take points off them after their two league encounters ended in a 1-1 draw.