According to Fabrizio Romano, Fulham are closing in on the capture of Kevin Mbabu. They have reached a total agreement with Bundesliga club VfL Wolfsburg over the Swiss international, with the Premier League outfit expected to fork out around €5.5 million including add-ons and sell-on clauses. Fulham have a personal agreement with Mbabu as well, and the move is only subject to a medical in London. The deal could be officiated in the coming days, making the the 27-year-old the club’s third major signing of the summer.

According to a report by Spanish publication AS, Cristiano Ronaldo has decided to leave Manchester United this summer, and Bayern Munich could be his next destination. The Bundesliga champions reportedly want to sign Ronaldo to replace Robert Lewandowski, who has been linked with a move to Barcelona. Earlier reports had claimed that Ronaldo was eager to see off his contract at Old Trafford. New Manchester United manager Erik ten Hag was also adamant about having the Portuguese at the club next season.

Academy star Martin Svidersky will leave Manchester United for a LaLiga club after rejecting a new contract and the chance to stay at Old Trafford under new manager Erik ten Hag. Manchester United academy star Martin Svidersky has confirmed that he will leave the club after turning down the chance to work under new manager Erik ten Hag as part his Old Trafford revolution.

Crystal Palace want to sign Sam Johnstone despite claims that he is expected to join up with Tottenham Hotspur this summer. Some results have been frustrating, but that is largely just par for the course in the mid-table of the Premier League. Last summer was a huge success though with signings like Joachim Andersen, Marc Guehi and Michael Olise playing key roles. Palace will need more signings of that quality to progress again next term and Vieira now wants Johnstone.

Merseyside giants Liverpool are closing in on the UEFA Champions League (UCL) final after beating Spanish club Villarreal 2-0 at home in the first leg of their semifinal tie. Liverpool were able to establish a two-goal lead at the end of the first 45 minutes thanks in part to the midfield duo of England international Jordan Henderson and Spanish star Thiago Alcantara. Brazilian-born Spanish international Thiago was named the best player at the end of the game, while England national team star Henderson had a hand in the first goal.

Arsenal defender Ben White has returned to the England squad for the first time since the Euro 2020 tournament last summer after he was named on the 25-man squad for the upcoming international friendlies against Switzerland and Ivory Coast. The Gareth Southgate-led England team will take on the Swiss and Ivorian teams later this month. 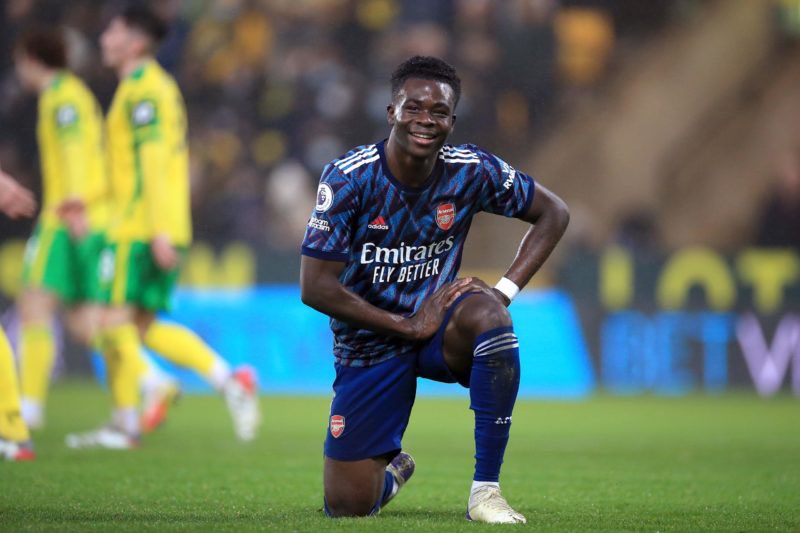