Young England midfielder Emile Smith-Rowe has been passed fit for the blockbuster Premier League clash between Arsenal and Manchester United this weekend. The Arsenal midfielder was a big doubt for the game scheduled for the Emirates Stadium on Saturday evening after he picked up a knock in the last game, a Premier League clash with Southampton at the St. Mary's Stadium. England starlet Emile Smith-Rowe started the Southampton game on Tuesday night as the Gunners emerged victorious. He was subbed off in the second half after picking up a knock in the second half of the game that ended in a 3-1 win for the Gunners. The young England midfielder played his part in the crucial win for the Gunners though he didn't score or provide an assist during the game. 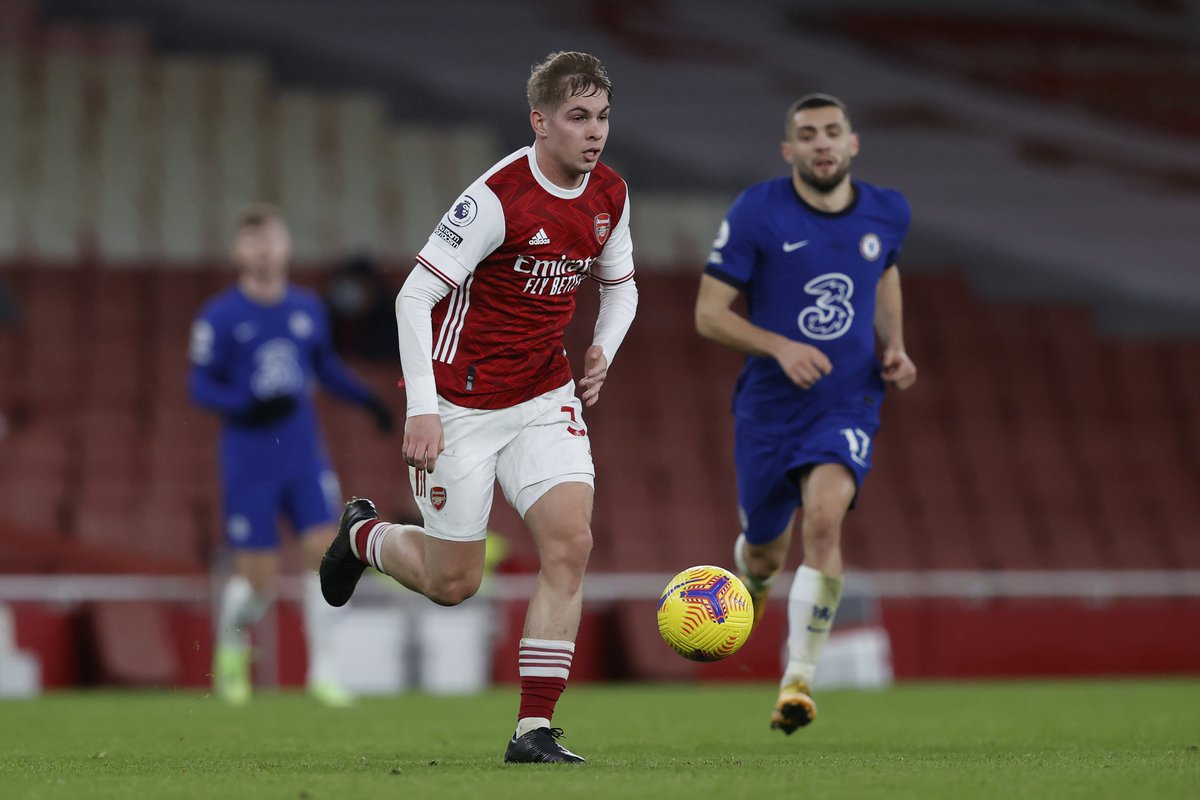 Arsenal have been a much better team since Emile Smith-Rowe was introduced into the Premier League starting line-up by Arsenal manager Mikel Arteta ahead of the London Derby clash with Chelsea at the Emirates Stadium last month. He was one of the best players has the Gunners beat Chelsea 3-1 at home.

He provided an assist for fellow young England player Bukayo Saka during that Chelsea game. Since that game at home to the Blues, Emile Smith-Rowe has provided two more assists in the league. His other two assists have also been for Bukayo Saka. Emile Smith-Rowe would be hoping to continue his impressive form from now till the end of the season to see if he can force his way into the Three Lions of England setup ahead of the European Championships this summer. He scored his first goal for Arsenal on the domestic front this season with the opening goal for the FA Cup third round clash at home to Newcastle United. His goal came in extra time as the Gunners beat their opponents to move into the next round.