If Southgate picked on form alone...

With the next international break just around the corner, it’s time to assess which English players are worthy of wearing the Three Lions and doing their bit to restore hope in the national team. Gareth Southgate has a wealth of in-form options at his disposal, and should scrap his predecessors’ policy of selecting players based on reputation alone. A bold move would be to omit the likes of Wayne Rooney and Joe Hart altogether, and look to the players that are currently thriving at club level.

This is how England could line up when they face Scotland on 11 November if the new manager picks players based on their performances in the current campaign.

Tom Heaton has been the best goalkeeper in the Premier League this season and should have done enough to justify a call-up to Southgate’s first team. After nine games, he made 47 saves for a struggling Burnley side that could be in an even worse position if it wasn’t for the heroics of their man between the sticks. After Joe Hart’s mistakes at Euro 2016 it’s time for a new number one to step up, and the 30-year-old is the strongest contender at this time.

In defence, Kyle Walker and Gary Cahill retain their places due to continued strong showings at club level. Steve Cook and Charlie Daniels of Bournemouth come in at centre-back and left-back respectively. The Cherries pair have conceded 12 goals this season and have managed to keep 3 clean sheets. As a result of their strong back line, Eddie Howe’s side sit 10th in the division with a defensive record equal to Jose Mourinho’s Manchester United. In addition to that, both players are able to chip in with goals with one a piece so far.

Eric Dier remains the standout option in defensive midfield and plays for a Tottenham Hotspur side that have only let four goals through after nine games. With more abundance of talent available in attack, for the purposes of this article England are lining up with only one holding midfielder.

Theo Walcott should be the first name on Southgate’s team sheet going on recent achievements. The pacey winger has bagged 5 goals in 9 football matches in the top flight this season, and has an impressive shot accuracy of 59%. He is also leading the Arsenal pack with 32 attempts on goal, compared to Alexis Sanchez’s 27. The Gunners man’s experience will be vital in this team that features a number of debutants. 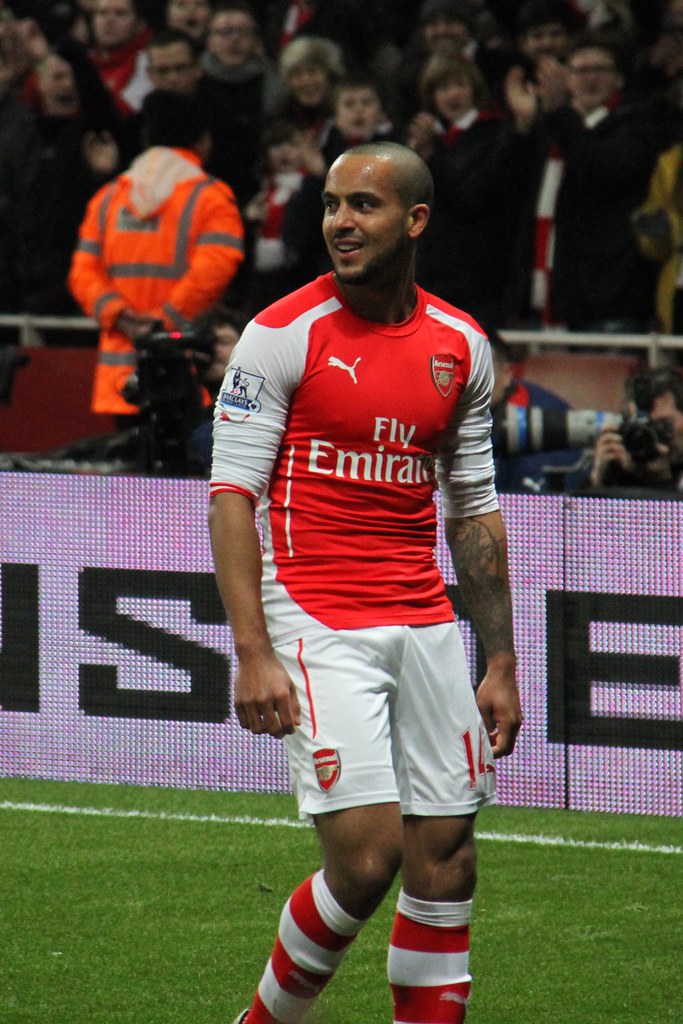 On the opposite flank the rejuvenated Raheem Sterling could cause devastation if he can apply some of the tricks Pep Guardiola has taught him on the international stage. The youngster’s form has dropped off in recent weeks, but that has coincided with Manchester City’s current lull. When the Citizens get into their groove again the 21-year-old will remain a key protagonist.

Nathan Redmond has enjoyed a lot of pitch time at his new club, and Southampton manager Claude Puel has spotted potential in the man that has represented England at every level up to U21. The 22-year-old has bagged 3 goals and has averaged an attempt every 30 minutes. It is time for him to be given his chance, and he could either slot in to the line-up in the number ten role or as a striker.

Redmond’s strike partner Charlie Austin (see above) has also recaptured his goal scoring form and has put away 4 goals in 5 starts for the St. Mary's outfit. The former QPR man is averaging a shot every 22.1 minutes, which is nearly equal to Sergio Aguero at 19.1. Callum Wilson could be the ideal foil for Austin up front, as the Cherries man can use his pace to cut through defences and tee up his strike partner. The 24-year-old suffered a devastating injury which left him side-lined for most of the 2015-16 campaign, but now he is seemingly revitalised with a point to prove. With Harry Kane out injured, Jamie Vardy misfiring, and Daniel Sturridge rarely getting a look in at Liverpool, it is the perfect time to give some different forwards a chance.

Will Southgate be bold enough to tear up the broken England model and attempt to build a new-look team? In two weeks’ time, we shall see.