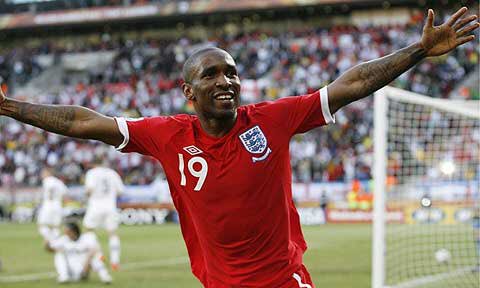 Speaking on Sky Sports, Defoe believes Wilshere should be a must in the England line-up with the midfielder capable of finding passes which most of his compatriots wouldn’t, he said: “Of course (I’d want him in the England team). He’s a top, top player; obviously he’s had his injuries over the years. It’s been unfortunate for him; it’s been stop-start season after season to be honest. But when he’s fit and he’s on it, he’s brilliant. I like how he receives the ball in different areas and goes past people. Little balls down the side, which forwards love. He’s a top player, when he’s fit.”

Wilshere was rather unfortunate during his recent selection as he could not get a single minute of playing time. The 26-year-old sustained a minor knee injury in training prior to the Netherlands friendly, and this saw him withdraw from the squad ahead of the subsequent game against Italy at the Wembley Stadium.

Nevertheless, he has returned to the fray for the Gunners during their recent Premier League triumph over Stoke City, and his fitness through the remainder of the campaign could be crucial towards earning a World Cup spot. One advantage on Wilshere’s side could be the recent hamstring injury to Liverpool’s Adam Lallana, which may potentially rule him out of the global tournament in Russia. Wilshere is expected to feature for Arsene Wenger’s side once more when they host CSKA Moscow in the first-leg of the Europa League quarter final on Thursday night.