MAN UTD YOUNGSTER DEPARTS AFTER TURNING DOWN CHANCE TO STAY

Academy star Martin Svidersky will leave Manchester United for a LaLiga club after rejecting a new contract and the chance to stay at Old Trafford under new manager Erik ten Hag. Manchester United academy star Martin Svidersky has confirmed that he will leave the club after turning down the chance to work under new manager Erik ten Hag as part his Old Trafford revolution. 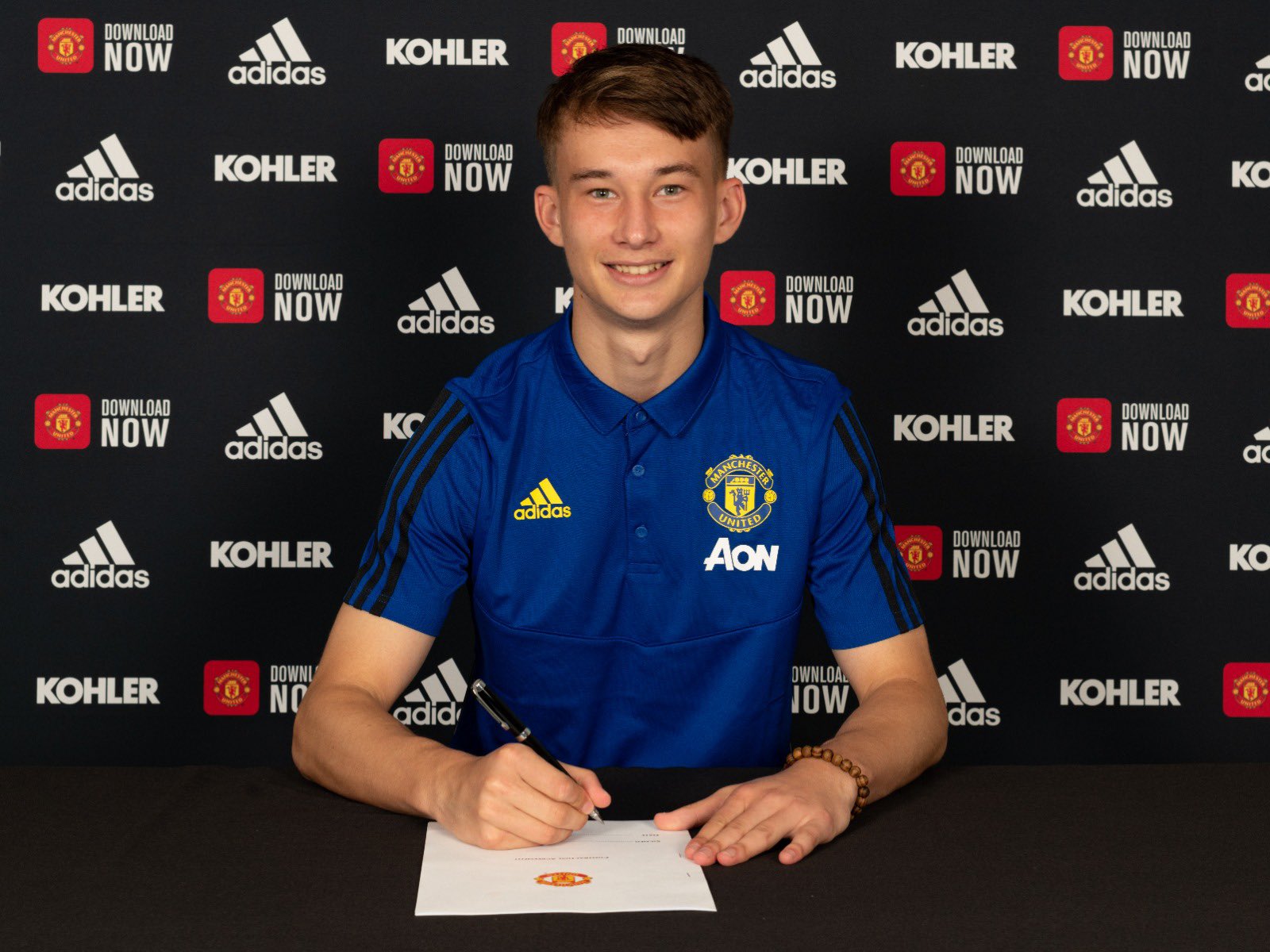 The defensive midfielder, 19, had been offered a new deal by the Red Devils, but Svidersky's future will now be with an unknown LaLiga side following three seasons in England. The Manchester Evening News report that United were keen to tie the Slovakian down with a new contract but for months it has been expected that Svidersky would leave this summer.

It is added in the report that the Red Devils are now due to receive a small compensation package to recognise their development of the player, despite the fact Svidersky will be leaving as a free agent at the end of this month. The Slovakia youth international's long-anticipated departure could clear the path for three of United's FA Youth Cup-winning midfielders, Dan Gore, Kobbie Mainoo and Isak Hansen-Aaroen, potentially freeing up opportunities to feature in the first-team next season.
The club's famous academy has produced a host of talented midfielders in recent years, most recently starlets such as Hannibal Mejbri, Charlie Savage and Zidane Iqbal. The trio have already made their first-team debuts after usurping Svidersky. James Garner, Dylan Levitt and Ethan Galbraith - who are in the age group above - have also broken through, each enjoying loan spells this season.
The Red Devils beat Chelsea and Liverpool to Svidersky's sought-after signature in 2018, having previously had trials at Manchester City, West Ham and Celtic. Three weeks before completing his move, the academy Tatran Presov product suffered an injury which kept him out for a whole year. Svidersky tore his ACL, MCL and meniscus, requiring significant surgery before heading to England.