English winger Jadon Sancho was one of the goalscorers as his Manchester United side upset the bookmakers by beating Liverpool at home in the Premier League at the start of this week to register their first win of the season. England international Sancho was the recipient of the first goal of the game on the way to a 2-1 victory for his team. 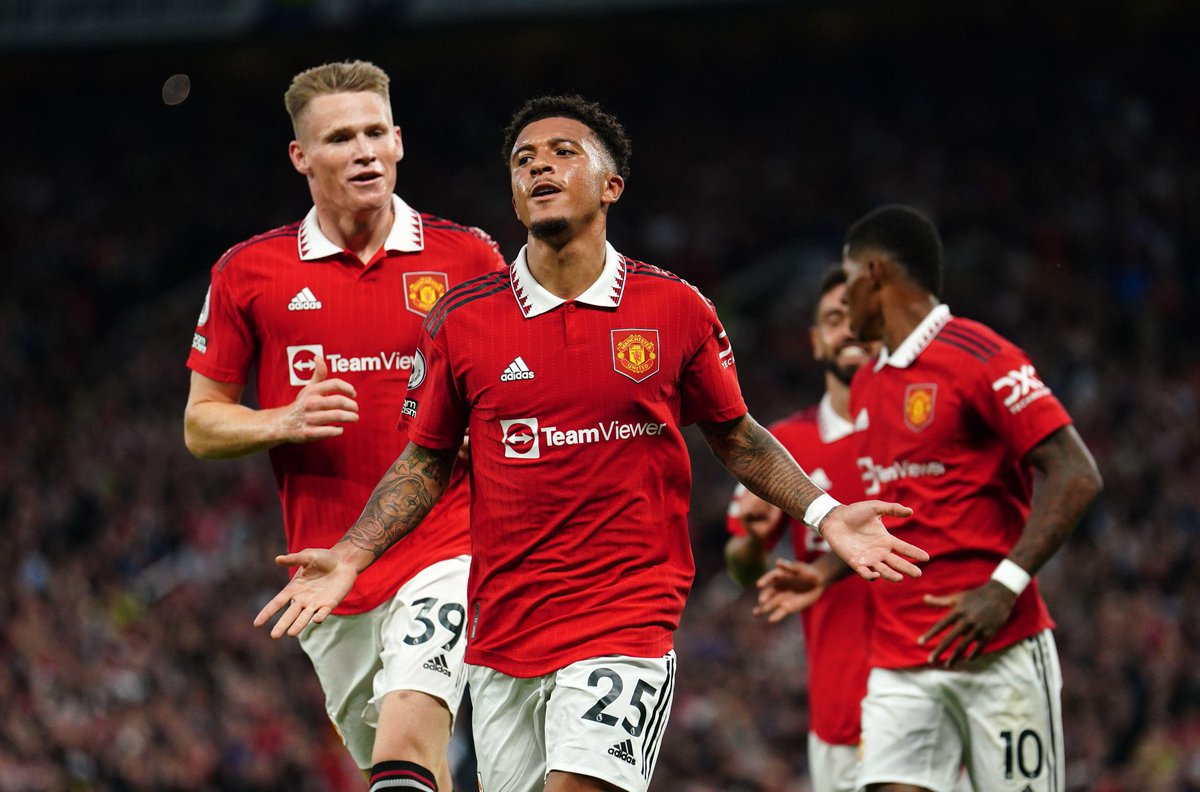 Manchester United didn’t have the best of starts after they lost their first two league games this season. They were beaten by Brighton & Hove Albion and Brentford in those two games. Against Brighton, German star Pascal Gross was the recipient of the winning goal for his team who ran out 2-1 winners over hosts Manchester United. The Brentford game was a disaster for Manchester United after the likes of Josh Da Silva, Brian Jensen, Ben Mee and Bryan Mbeumo scored in the first half on the way to a 4-0 victory at the Brentford Community Stadium.

It was very important for Manchester United to get a result against Liverpool and bounce back from debacle at Brentford. This was what they did against the Reds after they produced an impressive performance which culminated in a win over Liverpool at the Theatre of Dreams though it must be pointed out that their opponents were not at full strength due to a lot of injuries in addition to the absence of club-record signing Darwin Nunez who was suspended for the game.
Manchester United had a fast start and could have scored when Norwegian star Anthony Elanga hit the post when it was easier for him to score. A few minutes later, England international Sancho gave United the lead off the assist from Elanga. The goal from England winger Sancho arrived on 16 minutes. His goal was enough to give the Red Devils the lead at the half-time interval. England international Marcus Rashford added a second United goal eight minutes after restart before Egyptian star Mohamed Salah halved the deficit on 83 minutes to ensure that the game ended with a one-goal defeat for the Reds.