Young England midfielder Emile Smith-Rowe has been named the best player in the North London Derby clash between Arsenal and Tottenham Hotspur at the weekend. He was named the best player after his official announcement as the man-of-the-match recipient for the league game played at the Emirates Stadium on Sunday evening. The England midfielder started on the left side of the Arsenal attack and he gave Spurs right-back Matt Doherty a torrid time especially in the first half of the game, which ended in a 2-1 win for his beloved Arsenal team. Emile Smith-Rowe has been one of the shining lights for Arsenal in what has been a difficult league season. The England duo of Bukayo Saka and Emile Smith-Rowe have been the driving force behind the good form shown by the Gunners in the league in the last three months. For the North London Derby at the weekend, Emile Smith-Rowe was the catalyst for the Gunners who had to come from behind to win the game against old nemesis Jose Mourinhoand his Tottenham Hotspur players. The young England player was unlucky to hit the post with a fantastic shot at the start of the game before central striker Alexandre Lacazette failed to hit the target with the two chances created for him by the same player. 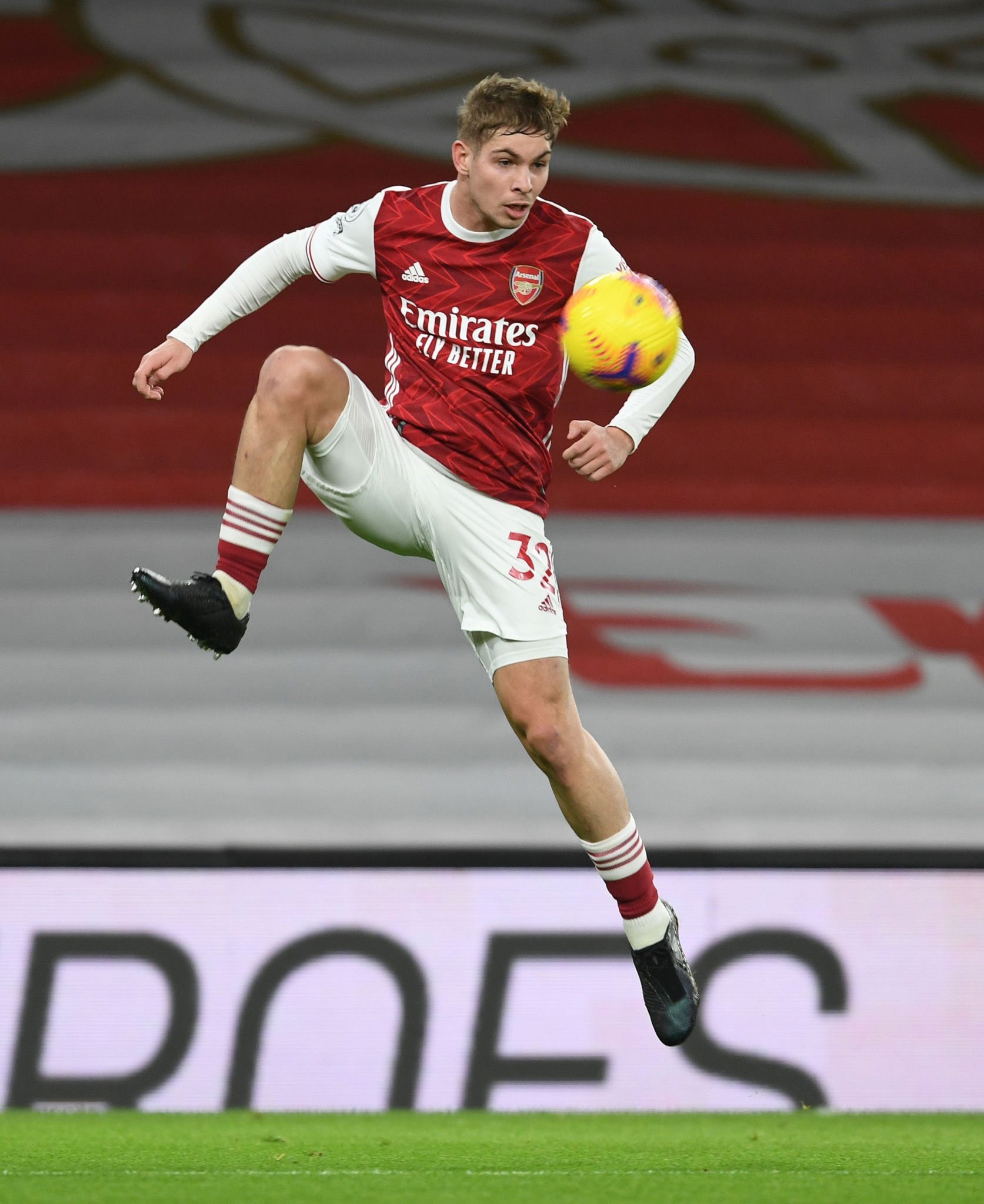 Emile Smith-Rowe did his best to give Arsenal the lead but it was the visitors who scored the opening goal through substitute Erik Lamela. The Argentine scored a wonder goal after he had come on to replace the injured Son Heung-Min in the first half. Martin Odegaard fought back for the Gunners with the equaliser right at the end of the first half to ensure that Arsenal went into the break on level terms at least having been the best team by a mile. Odegaard is on loan at Arsenal from Real Madrid in the Spanish La Liga. Frenchman Lacazette had been wasteful for Arsenal in the first half but he made no mistake from the penalty spot around the hour mark when he was adjudged to have been brought down by Spurs centre back Davinson Sanchez. Lacazette picked himself up to tuck away the controversial penalty and give Arsenal the lead. Lamela was later sent off for the visitors before the Gunners struggled to hold on to a priceless win over their rivals and a first win in almost three years with England youngster Emile Smith-Rowe at the heart of the win. Emile Smith-Rowe has been rewarded for his good form for the Gunners after he was named in the England squad for the u-21 European Championships group stage later this month.